"Cowboy pride runs deep in me. As a Native Oklahoman, I take great pride in the fact that we are one of the most beloved land grant universities in the nation." 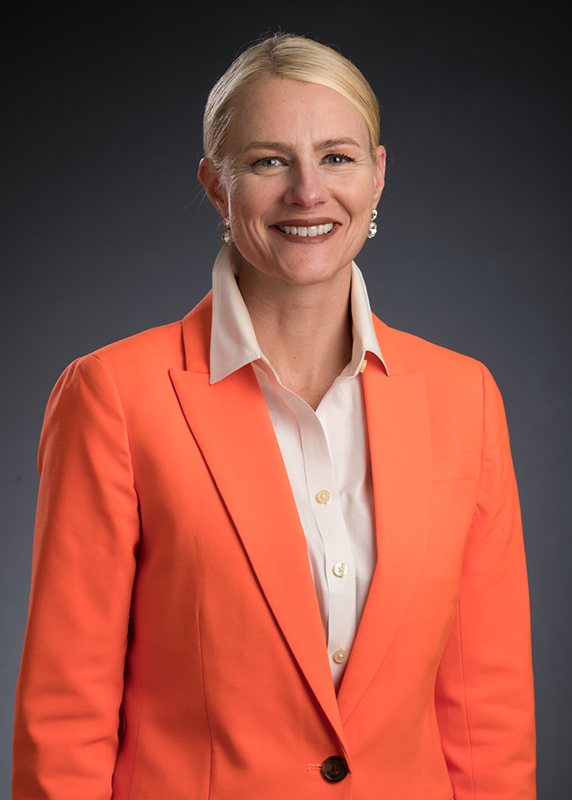 On April 2, 2021, the OSU/A&M Board of Regents selected Dr. Kayse Shrum as the 19th president of Oklahoma State University. President Shrum is a native Oklahoman. She earned her doctor of osteopathic medicine degree from the OSU College of Osteopathic Medicine and has completed executive leadership and management training programs at Harvard University and Stanford University. In 2013, Dr. Shrum was named president of OSU Center for Health Sciences (OSU-CHS), becoming the youngest and first female president and dean of a medical school in the state of Oklahoma. She joined the OSU-CHS medical school faculty in 2002. In 2011, she was named provost of OSU-CHS and dean of the OSU College of Osteopathic Medicine and served in that capacity until her promotion to president in 2013. President Shrum holds the George Kaiser Family Foundation Chair in Medical Excellence and Service and the Saint Francis Health System Endowed Chair of Pediatrics. In March 2019, Oklahoma Governor Kevin Stitt appointed her to his Cabinet as Secretary of Science and Innovation. During her time in the Cabinet, she led Oklahoma’s rapid response in COVID-19 testing expansion across the state and advised state leadership on COVID medical and protocol guidance.

Under her leadership, OSU-CHS has experienced unprecedented growth. Student enrollment has more than doubled as new academic programs have been established to meet the healthcare workforce needs of Oklahoma. She also spearheaded the construction of the A.R. and Marylouise Tandy Medical Academic Building, a state-of-the-art learning facility that houses Oklahoma’s largest and most technologically advanced hospital simulation center. A strong supporter of collaborative partnerships, Dr. Shrum worked with Cherokee Nation Principal Chief Bill John Baker and his administration to establish the nation’s first tribally affiliated medical school, the OSU College of Osteopathic Medicine at the Cherokee Nation, which opened in fall 2020. Most recently, President Shrum helped secure a landmark investment from Purdue Pharma in the amount of $197.5 million to create a center of excellence in addiction treatment and studies to address the opioid addiction epidemic in Oklahoma — the National Center for Wellness and Recovery.

President Shrum is active in a variety of charitable and professional organizations. She is a board member of the Children’s Hospital Foundation at Saint Francis, Blue Cross and Blue Shield of Oklahoma, State Chamber of Oklahoma, PLICO, Oklahoma Hall of Fame, Oklahoma Foundation for Excellence, Oklahoma State University Medical Authority and Trust, Texas A&M Center for Optimizing Rural Health, and Women for OSU Council. She holds committee positions in osteopathic professional organizations including the American Association of Colleges of Osteopathic Medicines, American Osteopathic Association, and American Osteopathic Board of Pediatrics.

President Shrum has been recognized for her leadership and contributions to her community and profession. Her honors include: